Major in honor article in

In 2016, took place the renovation of the two steeples of the Cathedral Saint-Marie-Majeur.

In parallel, the esplanade that surrounds the building has been redesigned by Bruno Fortier, and the stone entablature under the cathedral square (the vaults of the Major) has been transformed into shops.

This work undertaken within the framework of the Euro-Mediterranean project aims at restoring the nineteenth-century building and its direct environment.

A special lighting was also put in place to stage this exceptional building.

The Cathedral is not the only one involved in a renovation program. Below the bell towers, “La Vieille Major” built in the 11th century, has benefited from a consolidation project.

The commitment of the people involved in the rehabilitation of the Cathedral neighborhood inspired me the image below.

Entitled Wrapped Major, I wanted to highlight the dressing and the scaffolding installed for the renovation. Evoking the installations of Christo.

This image punctuates a decade of works in the neighborhood!

You can find this image and my work on Flickr 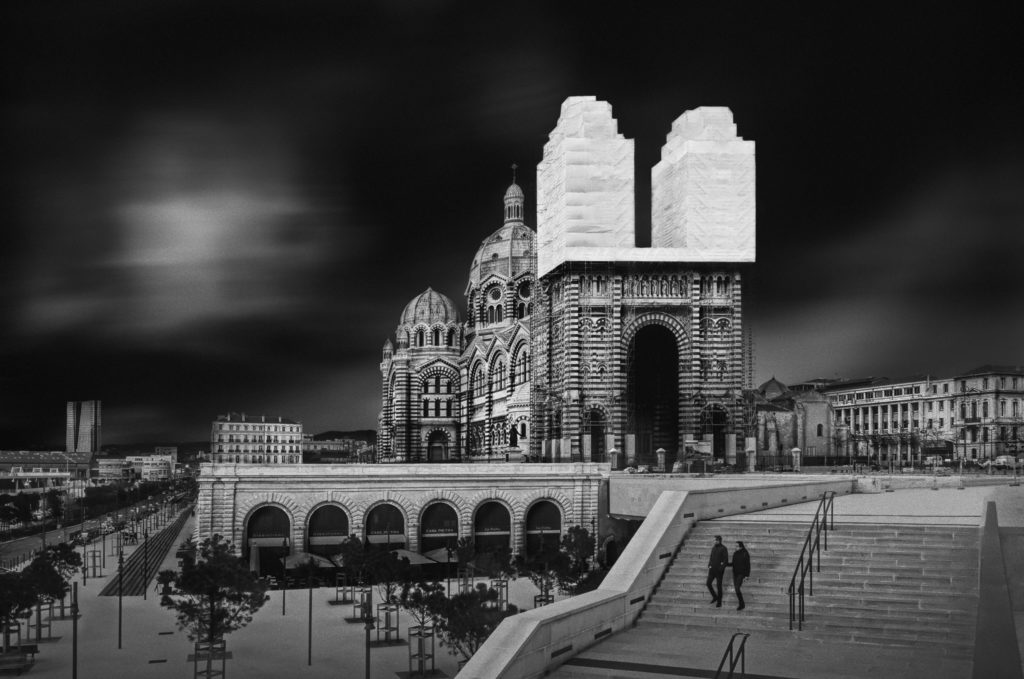